Spain’s under-16 team Dynamo won the tournament, and Vyacheslav Surkis scored two penalties in the final. Dynamo Kyiv’s U-16 youth hosts a training camp in Spain. There they were invited to a mini-tournament with the participation of Barcelona and Marseille.

According to the rules, teams are awarded three points for winning each match and two points for a draw. And after each match, which lasted for 40 minutes without interruption, regardless of its outcome, a series of strikes was held, the success of which led to another point. To win the tournament you had to score the most points.

Dinamo goalkeeper Vyacheslav Surkis became the hero of the match. He converted two shots from a distance of 11 meters, one of which was carried out by the son of Patrick Kluivert. 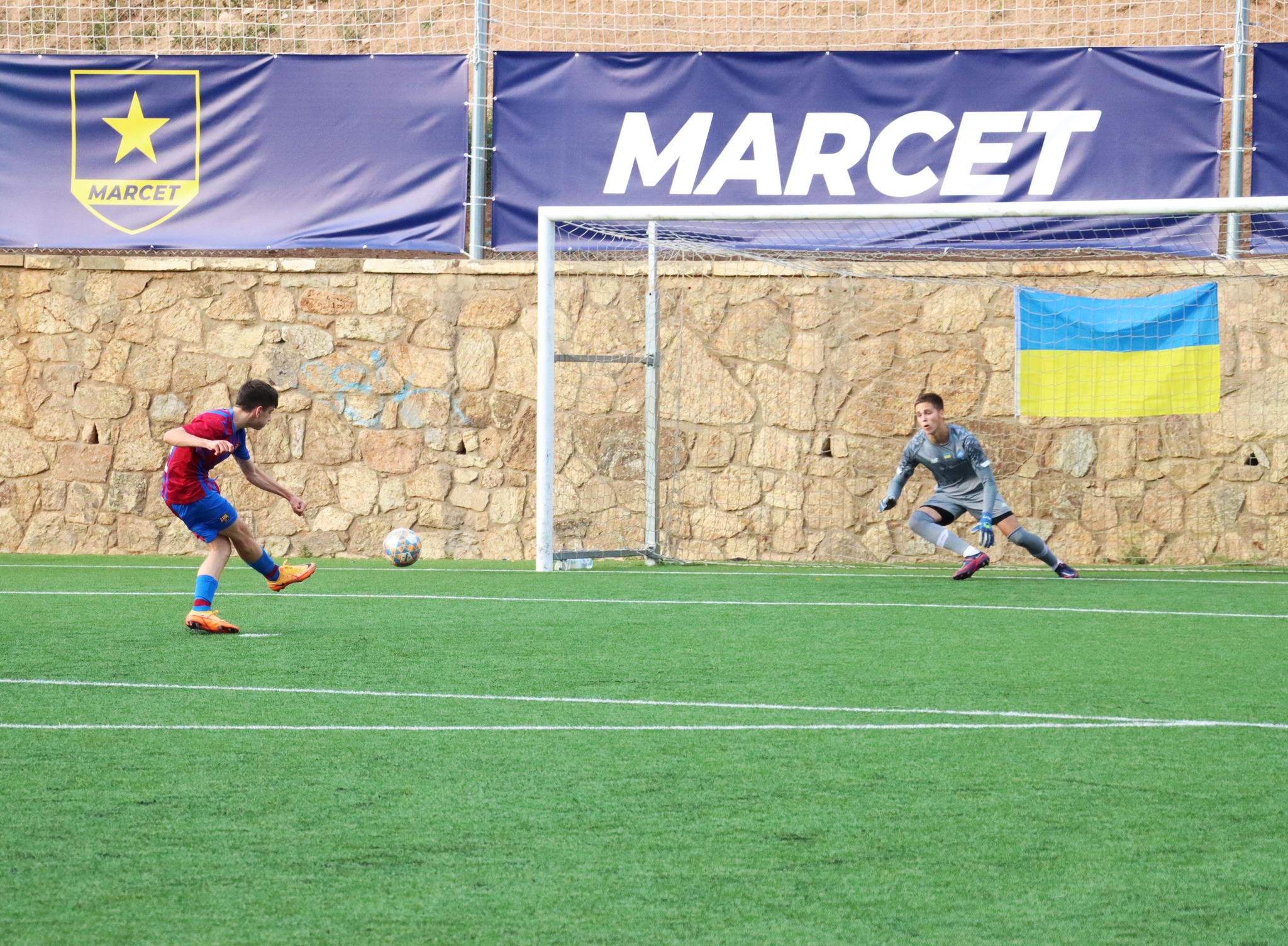 Vyacheslav shared his joy on the social network Instagram, posting a photo with a cup and signing the words: “Victory over Barcelona and a new cup for you, your homeland is Ukraine!”. 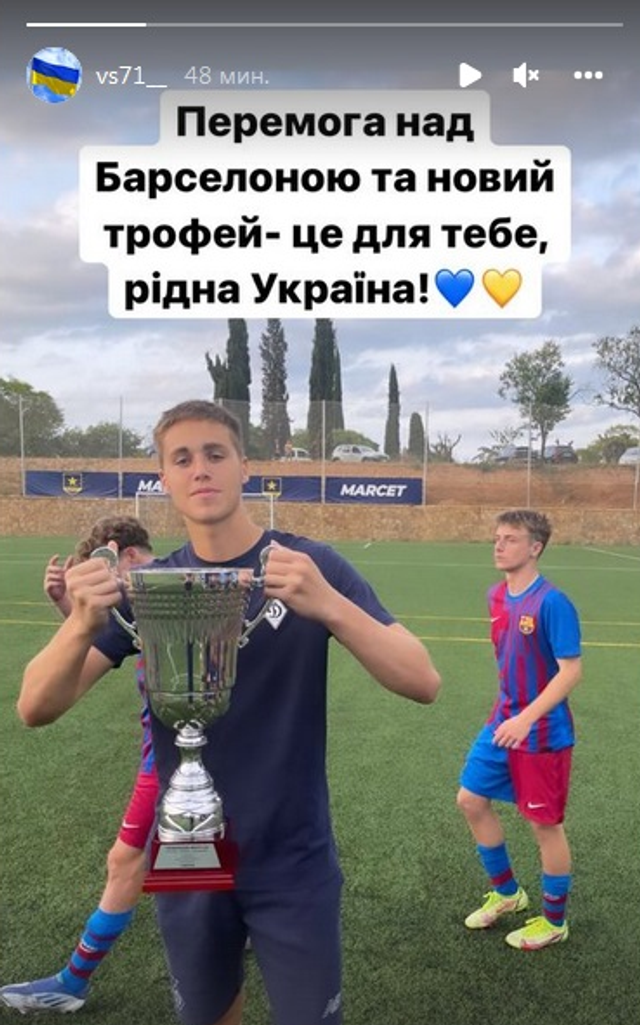 It should be noted that Vyacheslav Surkis is a pupil of the Dynamo Academy, the son of Hrihori Surkis. Vyacheslav won two sets of penalties in the final tournament of the Ukrainian Youth Championship in the U-15 category and was among the nominees for the Golden Ball among the players of his age.