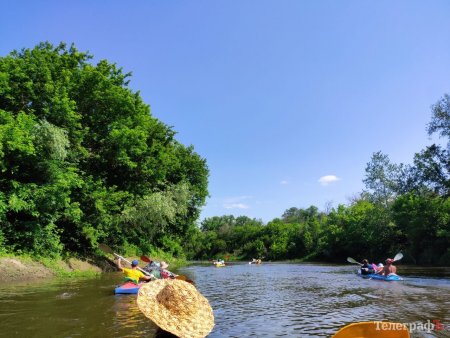 The ban on the navigation of small ships in the Dnieper and Psalms was retained.

Yesterday, the military administration of the Kremenchug region considered a letter from the CYSS-1 requesting permission to train waterboats around the islands. The athletes wanted to swim from the base of the CYSS-1 and swim not in the gorge of the Dnieper, but between the islands.

At this morning’s briefing, the head of the RVA, Oleg Lidnik, told reporters that such a permit would not be granted and the ban on sailing would remain in effect until the end of martial law.

– I ask you to deal with this decision with understanding because it is linked to many circumstances. And most importantly – we have a war and we have to save the life and health of our people – he explained.

Oleg Lidnik also added that the ban on sailing in kayaks, boats and other small vessels applies to both the Dnieper and Besley Rivers within the region, as well as to visiting forests.

It should be noted that water permits for water athletes were issued only in Horeshny Plavni. The exercises are held there in the Dnieper Bay.
But you can swim by different means in the recreation area of ​​Dry Kagamlyk. As well as swimming in the Dnieper, Pesley and other bodies of water in specially equipped places within the settlements. For example, on the central Kremenchuk beach.

Note that Poltava OVA is also opposed to water boat recreation in rivers. This was announced yesterday during an online briefing given by Poltava OVA President Dmitry Lunin.